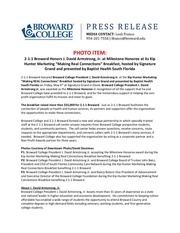 BC President Honored with Milestone Award 93% 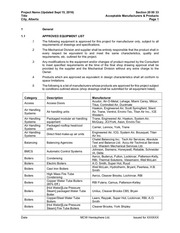 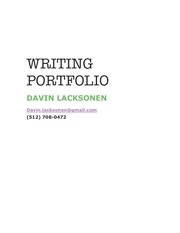 Armstrong, June 2013 This work determined that the year of the first Passover, was most likely between 1517 and 1519 B.C.

THE WATER OF LIFE  A Treatise on Urine Therapy  JOHN W. ARMSTRONG  1971      About this book  J.W. Armstrong has written a remarkable treatise in support of his  theory that all diseases (except those caused by traumatism or  structural defects) can be cured by one means. Orthodox practioners  are mainly concerned with identifying diseases and applying treatment  which suppresses the symptoms without eradicating the underlying  cause of the malady. But, as the naturopath Louis Kuhne maintained, it  is absurd to treat an organ separately ‐ as specialists often do. If an eye  is diseased there is something in the body itself which is causing that  disease. The therapy outlined in this book is an entirely drugless system  of healing. Moreover the only ingredient is a substance manufactured  in the body, rich in mineral salts, hormones, and other vital substances,  namely human urine. It has been argued that it cannot be right to take  back into the body something which the body is apparently discarding.  Yet this objection ignores the principle of composting as practised by  organic gardeners. Rotting dead leaves, when dug back into the soil,  provide valuable mineral salts to nourish new plant life. The same  1    principle holds. The book includes details of successful treatment by  urine‐therapy in cases of the common cold, rheumatism, arthritis,  mucus colitis, obesity, prostate trouble, pyorrhoea, and many other  disorders and diseases.  THE WATER OF LIFE  J Armstrong        2    FOREWORD    By  those  many  people  who  have  derived  and  are  still  deriving  benefit  from Urine‐Therapy I have repeatedly been asked to write a book, but  hitherto I have demurred. First, because the necessary leisure has been  lacking,  and  secondly,  because  I  am  averse  to  any  form  However,  realising  that  a  thing  of  self‐advertisement  which  is  put  off  too  long  may  never  be  accomplished  at  all,  I  have  finally  decided  to  yield  to  persuasions,  and  this  treatise  is  largely  compiled  from  notes,  case‐ sheets and letters. Other reasons for giving out my experiences to the  world  will  become  apparent  to  the  reader  in  due  course.  I  am  fully  aware  that  the  publication  of  a  book  is  attended  with  certain  indirect  drawbacks;  one  is  that  the  writer  may  be  inundated  with  letters,  and  another  is  that,  if  he  is  a  practitioner,  he  may  be  inundated  with  patients, who may apply to him c/o his publishers. As I am not touting  for patients, that was a further reasor. Why  I wished to delay writing  this  book.  But  now  that  it  is  going  forth  to  the  public,  the  following  must be emphasised:  (1)  A  law  having  been  passed  making  it  now  illegal  for  any  but  a  qualified  medical  practitioner  to  declare  he  can  cure  certain  specific  diseases‐cancer  being  oneit  should  be  noted  that  all  case‐histories,  relative to such diseases mentioned in this book are those of patients I  treated prior to the passing of the law in question. am not in a position  to state whether the law can he stretched so far as to make it illegal for  a layman even to say he has cured such disorders in the past; but if so,  then, in accordance with the medical dictum, one is forced to assume  3    that  where  any  such  diseases  have  yielded  to  other  than  orthodox  treatment, they have perforce beer, wrongly diagnosed!   (2)  As  the  therapy  to  be  outlined  in  this  book  is  an  entirely  drugless  system  of  healing  and  is  a  specific  for  health  and  not  for  any  given  disease,  diagnosis  plays  no  practical  part  in  the  treatment.  Thus,  although the chapters are headed with the names of various disorders.  it  is  merely  for  the  sake  of  literary  expedience  and  to  slow  that  they  have proved amenable to the general treatment.   JOHN W. ARMSTRONG.   1944.      "Many people believe that fifty thousand doctors, vast hospitals, armies  of nurses, dentists, chemists, clinics, and about three hundred thousand  mentally  deranged,  are  signs  of  progressive  medicine  and  civilisation,  but actually they demonstrate complete failure of our medical system,  and wrong guidance of the public in nutrition and other ways of living.  Thousands  of  operations  carried  out  weekly  with  brilliant  technique,  give  additional  proof  that  the  prior  treatments  had  r.ot  achieved  successful cure."    “Health and not disease is the true inheritance of life. Human creatures  fair to realise facts which stare them in the face. We are made of what  4    we eat, so if any organ becomes diseased, it generally means the food  was wrong.”  MAJOR C. FRASER MACKENZIE, C.I.E.   (Health Through Homeopathy, June, July, 1944).     “Disease  .  .  .  .  becomes  a  vested  interest,  and  consciously  or  unconsciously,  the  doctors  foster  it  as  such.  It  is  quite  a  common  observation that doctors produce disase. Moreover, the whole system  and philosophy of our dealing with disease is mistaken.”   DR. W. H. WHITE, M.R.C.S., L.R.C.P.     Hippocrates,  the  great  priest  of  medicine,  advised  the  physicians  to  accept the help of the laity in the treatment of disease, but his advice  has seldom been followed.   Like the kingdom of heaven, the kingdom of health has to be taken by  storm.   J.W.A.            5

Armstrong, June 2013 A method to find the lost count of the Jubilee is presented here. 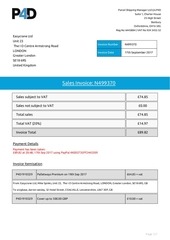 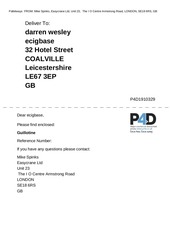 Armstrong, June 2013 This is a brief to clarify an ambiguity presented previously under title;