The focus of the TBF is to provide a platform for the voices of children who cannot find or outer their own. 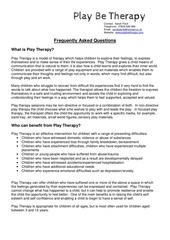 Play Therapy is a model of therapy which helps children to explore their feelings, to express themselves and to make sense of their life experiences. 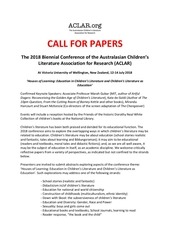 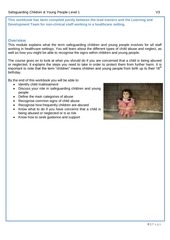 Get an Affordable Booking Printing Services for Children.PDF 95%

flyer 3 year old 2 I Can Do It 3-Year-Old Curriculum At 3 years old, children discover and create.

Volunteers play a crucial role in supporting the local teachers to take care if the young children.

Guide children to observe the toys are made of plastic bottles.

What Does the Science Say about Wireless and Children 94%

What Does the Science Say about Wireless and Children What Parents Need To Know About Safer Technology Use  Do your children use cell phones?   Do your children use iPads or other wireless tablet or laptop computers?   Do you have Wi­Fi at home?   If you answered “yes” to any of these questions, then you can make simple changes to safeguard your child’s health.     Cell Phones and Wi­Fi are no longer considered “safe” for children. Research studies are raising serious  concerns about the long term effects of wireless on our children’s healthy development. Scientists and  doctors are warning that children should not be using wireless tech. Internationally, cancer registries are  now showing a rise in brain cancer. Perhaps more concerning, current research shows that even very low  levels of this microwave radio­frequency radiation can impact brain development and neurological functioning.     What Does the Science Say about Wireless and Children?     ● The World Health Organization's International Agency for Research on Cancer classified  wireless radio­frequency radiation as a Class 2 B, Possible Human Carcinogen. Cell and  cordless phones have been found to significantly increase the risk for brain tumors. Risks are  highest for those who first used a phone under the age of 20. Cancer registries in the United States  and several other countries are now showing increased brain cancer.   ● Children absorb more microwave radiation than adults. Research shows that children's  brains, eyes and bone marrow absorb from three to ten times the amount of radiation absorbed by  adults.   ● The fetus and children are at the highest risk. Research shows that the fetus and children are  the most vulnerable to the effects of microwave radiation because they have rapidly developing  systems and even small environmental insults can have large effects.   ● Wireless radiation during pregnancy has been linked to neurological and developmental  abnormalities in the offspring of animals. Research shows hyperactivity, damaged reproductive

learning to challenge your children1655 94%

If you are considering getting divorced or separated and have children, you need to familiarize yourself with a parenting plan.

You'll never have a boring moment in your home whilst you have young children running about.