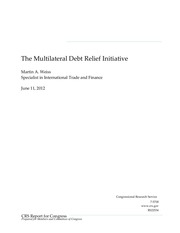 The MDRI proposes to cancel debts of some of the world’s poorest countries owed to the International Monetary Fund, World Bank, and African Development Bank. 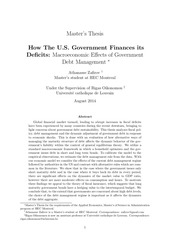 Master’s Thesis How The U.S. 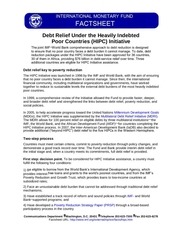 Debt Relief Under the Heavily Indebted 99% 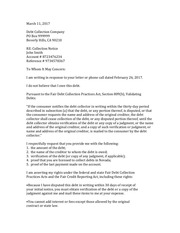 In November 1998, Pope John Paul II issued a Papal Bull calling on the wealthy nations to relieve the debts of developing nations in order to “remove the shadow of death.” Opponents of debt relief occupy less hallowed ground but are no less zealous about their cause, citing at least two reasons why the debt relief campaign is misguided. 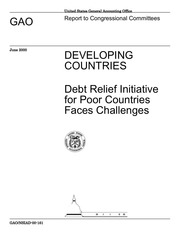 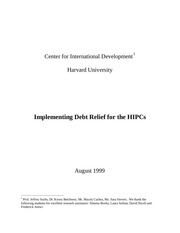 Both initiatives focus mainly on the relationship of debt to exports, even though debt-to-export ratios have little if anything to do with the real ability of governments to meet urgent social needs while servicing debts. 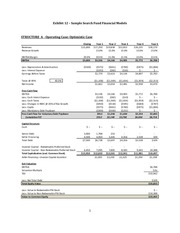 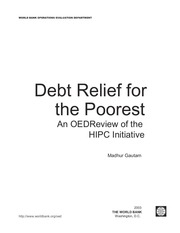 Debt Relief for the Poorest 97% 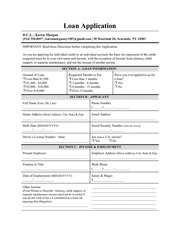 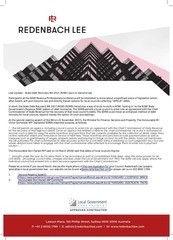 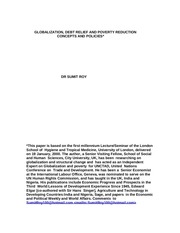 Against the above backdrop debt relief [ 1] is a powerful tool in curbing external debts and releasing resources to alleviate poverty and boost growth.This, however, has to be sustained and bolstered by external and domestic policies and a genuine commitment to reshaping developed-developing country relationships: 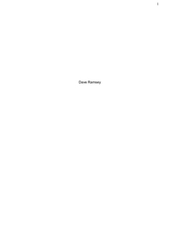 Continue to accumulate payments on bigger and bigger debts until you’ve finished them all. 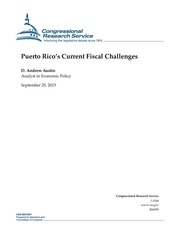 Credit Ratings Downgrades and Loss of Market Access In February 2014, the three major credit ratings agencies downgraded Puerto Rico’s public debt to below investment grade.9 A second round of downgrades followed in late June 2014 after the Puerto Rican government enacted Act 71, which sought to establish a restructuring process for debt issued by the island’s public corporations.10 A further round of downgrades was triggered in late June 2015 when Governor García Padilla said that the islands’ debts were unpayable.11 The loss of investor confidence in Puerto Rico’s ability to repay its debts cut off access to credit markets, which has intensified financial pressures on the government.12 Market traded prices for existing Puerto Rican bonds trade well below levels recorded before the current fiscal crisis emerged. 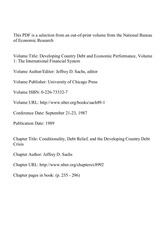 I shall argue that such debt relief can be to the benefit of the creditor banks as well as the debtors, by enhancing the likelihood that the debtor governments will adhere to the conditionality terms of the IMF and World Bank loans, and thereby raise their long-term capacity to service their debts. 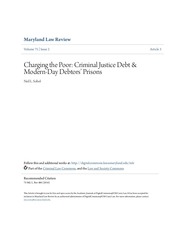 Despite these prohibitions, individuals who are unable to pay debts are now regularly incarcerated, and the vast majority of them are indigent. 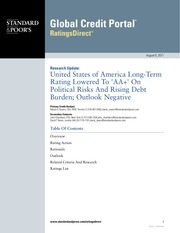 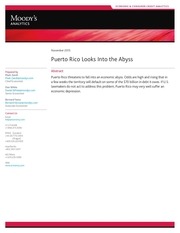 Moody’s Investors Service, Moody’s Analytics ritory’s gross national product—the island’s financial resources to pay on that debt.7 The principal and interest payments on these debts require the government to devote a high and rising share of its tax and other revenues to meet them. 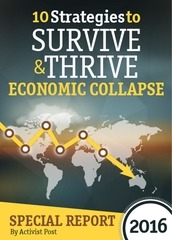 Yes, it's wise to honor your debts to banks, but not if it gets in the way of your basic survival. 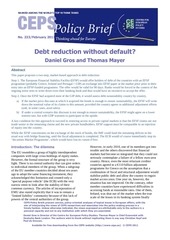 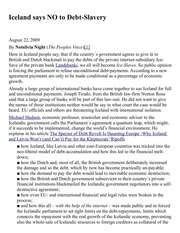 Iceland says NO to Debt-Slavery 94%

Iceland says NO to Debt-Slavery August 22, 2009 By Notsilvia Night (The Peoples Voice)[1] Here in Iceland people say, that if the country´s government agrees to give in to British and Dutch blackmail to pay the debts of the private internet-subsidiary IceSave of the private bank Landsbanki, we all will become Ice-Slaves. 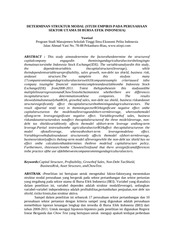 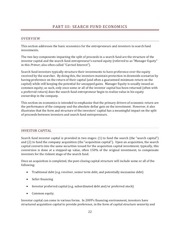 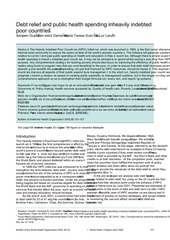 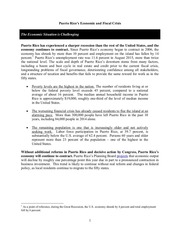