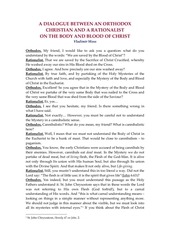 of  the  Word.” 6   Secondly,  the  change  is  effected  by  a  supernatural  Agent  –  God. So what we have  is the change  of one  physico‐chemical  substance  into  another through a non‐physical, supernatural Agent, the Spirit of God.  Rationalist.  But  if  I  were  to  accept  your  western  logic,  I  should  have  to  believe that the Body of Christ is composed of proteins and enzymes and such  things, and that the Blood of Christ contains haemoglobin!  Orthodox. Well, and what is impious about that?  Rationalist.  It  is  the  height  of  impiety!  My  faith  is  not  based  on  scientific  molecular analysis!  Orthodox. Nor is mine.  Rationalist.  But  you  have  just  admitted  that  the  Body  and  Blood  of  Christ  contain proteins and enzymes and haemoglobin!  Orthodox. Well, does not human flesh and blood contain such elements?  Rationalist.  Yes,  but  these  words  are  scientific  terms  that  were  unknown  to  the  Fathers.  You  don’t  seriously  think  that  in  order  to  understand  the  Mystery, you have to have a degree in biology?!  Orthodox. Not at all.  Rationalist.  So  you  accept  that  the  Blood  of  Christ  does  not  contain  haemoglobin…  Orthodox. No I don’t. Your argument is a non‐sequitur. I believe by faith alone  –  not  by  molecular  analysis,  nor  by  any  evidence  of  the  senses  –  that  the  consecrated  Gifts  are  human  Flesh  and  Blood  united  to  the  Divine  Spirit.  Biologists tell me – and no one, as far as I know, disputes this – that human  blood contains haemoglobin. So it seems eminently reasonable to believe that  the  Blood  of  Christ  also  contains  haemoglobin.  Of  course,  this  fact  was  discovered,  not  by  faith,  but  by  scientific  research,  so  it  does  not  have  the  certainty  –  or  the  importance  –  attaching  to  revelations  of  faith.  But  if  we  suppose  that  human  blood  contains  haemoglobin,  and  if  we  accept  that  Christ’s  Blood  is  human,  then  it  follows  that  Christ’s  Blood  also  contains  haemoglobin.  Or  do  you  think  that  Christ  is  not  fully  human  and  does  not  have fully human flesh and blood like ours?  Rationalist.  There  you  go  with  your  syllogisms  and  empty  logic  again!  Always  trying  to  catch  me  out!  I  never  said  that  Christ’s  Blood  was  not  human!  Orthodox.  Nevertheless,  you  seem  to  have  great  trouble  accepting  the  consequences of that statement.  Rationalist. They are consequences for you, but not for me. Thus you, but not  I, are committed to the consequence that a molecular analysis of the Blood of  Christ would reveal haemoglobin.  Orthodox. Not so… I think it was Vladimir Lossky who said that hypothetical  situations are not a fitting subject of theological discourse, which deals only in  6 St. 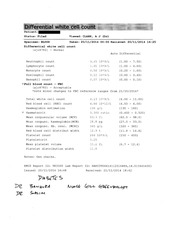 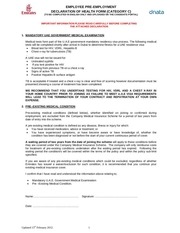 You may wish to undertake such tests before resigning from your current employment to be more confident of the results when coming to Dubai 2 Haemoglobin Anaemia can lead to difficulty working at cabin altitudes. 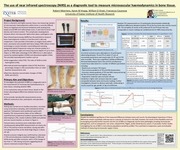 The ratio of O2Hb to total haemoglobin (cHb);

You will be checked for temperature, allergies, blood pressure, haemoglobin, etc. 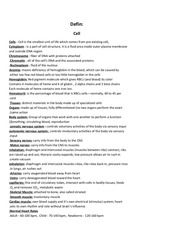 is a form of inherited blood​ ​disorder characterized by abnormal formation of  haemoglobin. The abnormal hemoglobin formed results in improper oxygen transport  and destruction of red blood cells.    4.  ​Iron deficiency anemia:​ Iron deficiency anemia is caused by a shortage of the element iron in  your body.    5.​ Aplastic Anemia:​ ​Bone marrow aplasia ​means lack of functioning bone marrow.                What are the normal values of Haemoglobin, Haematocrit and the number of Red Blood Cells?:    *​hemoglobin: ​Red blood cells have the ability to concentrate hemoglobin in the cell fluid up to  about 34 grams in each 100 milliliters of cells.        *​hematocrit:​  the percentage of blood that is RBCs cells—normally, 40 to 45 per cent.            *​The number Of Red Blood Cells: ​In normal men, the average number of red blood cells per  cubic millimeter is 5,200,000 (±300,000); in normal women, it is 4,700,000 (±300,000).      What is the role of vitamin B12 and folic acid in Red Blood Cells production?      • Both of these vitamins are essential for the synthesis of DNA, because each in a different  way is required for the formation of thymidine triphosphate, one of the essential building  blocks of DNA. Therefore, lack of either vitamin B12 or folic acid causes abnormal and  diminished DNA and, consequently, failure of nuclear maturation and cell division. 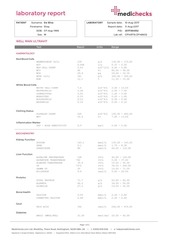 11 Only the 25 year old is likely to be menstruating and thus needs most iron for replacement of haemoglobin.

contain a chemical called haemoglobin which combines with oxygen.

carbon carbon dioxide haemoglobin chemical heat nitrogen hormones oxygen For Examiner’s Use chlorophyll light phloem Each word may be used once, more than once or not at all.

Haemoglobin was, by far, the most common inaccurate suggestion, with magnesium also sometimes mentioned.

(c) Haemoglobin was the usual correct answer given. 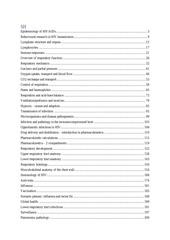