Imam Husayn Arbaʿeen 2015 - Downtown Islamic Center, Chicago, IL Honoring the Sacrifice The remembrance of the tragedy of Imam Husayn (a), the grandson of the Holy Prophet Muhammad (s), is performed by millions of Muslims worldwide. 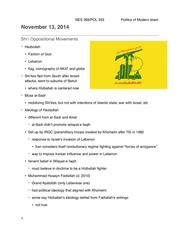 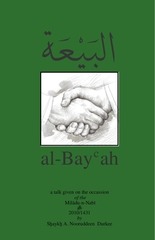 I had just gotten to the point where I was drawing connections between happened at Karbal√ and the events of the present day where we find that Yazıd is still very much in control throughout the entire Muslim world, even in that nation which considers itself “Sƒifi”, when suddenly my host gave me the five minute cut off slip meaning “that’s enough of that.” And I hadn’t even gotten to the point of explaining how the people who killed al-Husayn e were not only intent on killing him and his family, but in actuality were intent then (and now) on killing the Prophet a himself because in truth and in the deep reality, the last thing they want to see is true √Islm practiced anywhere on this earth because if real √Islm were to be practiced in full it would mean the end of their spreading corruption and filth in the world.