Neurological Signs and Symptoms in 29 Patients with D-Lactic Acidosis80 Symptom % of Patients Altered mental status ranging from drowsiness to coma 100 Slurred speech 65 Disorientation 21 Impaired motor coordination 21 Hostile, aggressive, abusive behavior 17 Inability to concentrate 14 Nystagmus 14 Delirium 10 Hallucinations 10 Irritability 3 Excessive hunger 3 Headache 3 Partial ptosis 3 Asterixis 3 Blurred vision 3 of tryptophan in scleroderma.65 Increased urinary indican has been shown to correlate with enteric protein loss.66 Indican elevation has revealed that impaired protein digestion and increased bacterial conversion of tryptophan is a complication of cirrhosis of the liver.67 Some degree of malabsorption was found in 30 percent of an elderly population by combinations of indican with the Shilling and other tests.68 Products of Dietary Carbohydrate D-Lactate Although nanomolar concentrations of Dlactic acid may be produced by human tissues,69 it is a major metabolic product of several strains of bacteria that inhabit the human gut.70 D-lactate is frequently detected in patients with short-bowel syndrome, due to poor dietary carbohydrate absorption because of impaired absorptive regions in the upper small intestine. 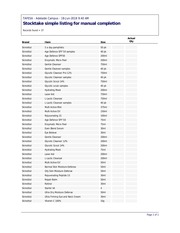 the science behind compression gear1821 81%

The reason given is that lactic acid, the chemical compound formed when muscles burn energy, builds up in the muscles after physical exercise, quicker than it's removed.

It has a fatigue fighting capabilities by itself, since it helps the system to recycle lactic acid. 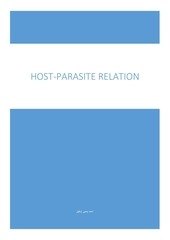 For humans, one classic mutualistic association is that of the lactic acid bacteria that live on the vaginal epithelium of a woman. 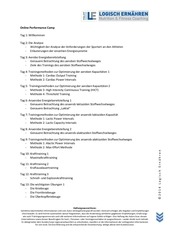 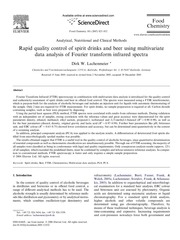 During validation with an independent set of samples, strong correlation with the reference values and great accuracy were demonstrated for the spirit parameters density, ethanol, methanol, ethyl acetate, propanol-1, isobutanol and 2-/3-methyl-1-butanol (R2 = 0.90–0.98), as well as for the beer parameters ethanol, density, original gravity and lactic acid (R2 = 0.97–0.98).

Whole milk includes natural lactic acidity to help you soften and exfoliate your skin layer, encouraging it to get rid of dead skin cells.

Decreases the Lactic Acid and Ammonia levels in the body.

This consistent repeating causes an accumulation of lactic acid in your muscles, which has been noted to promote muscle mass development.

This compound could be good for athletes because it enables our bodies to recycle lactic acid, converting it to energy to assist in your workouts and training sessions.

A cellulose B chlorophyll C enzymes D lactic acid © UCLES 2014 5129/11/O/N/14 3 3 The diagram shows an investigation into the effect of light intensity on the rate of photosynthesis. 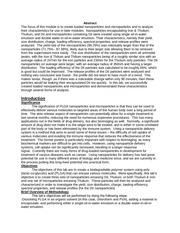 Objectives The objectives of this lab are to create a biodegradable polymer system using poly (lactic-co-glycolic) acid (PLGA) that can encase various molecules.

An example in this paper is Question 18, where options A, B and even D may be true, but the stem specifically refers to lactic acid.