CDR Plagiarism Checking Plagiarism is the primary factor of rejection in CDR Assessment from Engineers Australia.

Ethical and Unethical Methods of Plagiarism 98%

Plagiarism Checking Plagiarism checking service is an effective way to inspect your Skill Assessment Report before it will get rejected or banned from the assessing authority.

Teachers can also use the solution to detect potential plagiarism, and they can manage assignments and data by using locally accessible network shares.

Plagiarism Checking Copied content in CDR from published sources and previously submitted CDR Reports is the most common cause of CDR Rejection. 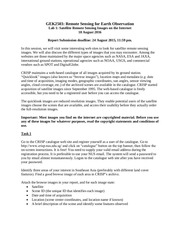 Some notes on plagiarism Plagiarism is generally defined as “the practice of taking someone else’s work or ideas and passing them off as one’s own” (The New Oxford Dictionary of English).

Attach What Is Plagiarism Checker?

What you have to Avoid When Using Rheumatology Fellowship Private Statement Sample When using a rheumatology fellowship personal statement sample from an online source, most applicants believe they can get away with plagiarism, considering the admissions committee won't even take the time to read what they have submitted.

The 10 Commandments to write an Excellent CDR CDR Writing 89%

Assessing Authorities use World’s best plagiarism detection software to check up to a Single Sentence that is copied from previously assessed CDRs or any published material.

The 10 Commandments to write an Excellent CDR ReviewMyCDR 89%

Assessing Authorities use World’s best plagiarism detection software to check up to a Single Sentence that is copied from previously assessed CDRs or any published material.

“Count” Jeffrey Grimshaw lied about writing “This is CNN!”      Jeffrey Grimshaw: Fraud, Liar, Thief    By PAUL GARRETT  BENNINGTON­­ You’ll hear him bleat on and on about the journalistic ethics yet the man who  bought himself a title ­­ “Count” Jeffrey Grimshaw of Bennington ­­ has done more harm to the  beating heart of local journalism than the worst of the corporate media raiders in America these  days. Grimshaw claims to have worked for Turner Broadcasting years ago, and he may have.  Claims he hired James Earl Jones to voice the iconic words “THIS IS CNN!” and he may have  (​update: he did not, keep reading​).      The fraud, the liar, the thief, the adulterer claims many things. And when he isn’t claiming he’s  knee­deep into journalistic misdeeds, false promises, and retaliatory aggression that would get  most people fired from any respectable media outfit.    When he’s called out for his lack of journalistic ethics, he retreats only to returns and denigrate  those whom he feels are a threat to his integrity and credibility, what little there are of both.    Here are several examples:      1, Look at the following screen­grab ..​.         Grimshaw’s unscrupulous local media outlet Bennington News Network taped a Bennington  Select Board meeting on 10/12/15. Or so it would appeared. In reality he recorded the meeting  from Cat­TV ­­ Bennington’s local access channel ­­ then slapped a BNN logo on the recording  to pass it off as original BNN content, which is plagiarism.     According to ​this document​ on plagiarism.org,    Using an image, video or piece of music in a work you have produced without receiving proper permission or  providing appropriate citation is plagiarism. The following activities are very common in today’s society.  Despite their popularity, they still count as plagiarism.  ● ● ● ● Copying media (especially images) from other websites to paste them into your own papers or  websites.  Making a video using footage from others’ videos or using copyrighted music as part of the  soundtrack.  Performing another person’s copyrighted music (i.e., playing a cover).  Composing a piece of music that borrows heavily from another composition.  Certainly, these media pose situations in which it can be challenging to determine whether or not the  copyrights of a work are being violated. For example:  ● ● ● ● ● A photograph or scan of a copyrighted image (for example: using a photograph of a book  cover to represent that book on one’s website)  Recording audio or video in which copyrighted music or video is playing in the background.  Re­creating a visual work in the same medium. (for example: shooting a photograph that uses  the same composition and subject matter as someone else’s photograph)  Re­creating a visual work in a different medium (for example: making a painting that closely  resembles another person’s photograph).  Re­mixing or altering copyrighted images, video or audio, even if done so in an original way.  Jeffrey Grimshaw also activated Google Ads to profit from the plagiarized video. He claimed  Cat­TV material is considered “pool coverage” and in the “public domain” and therefore BNN  had every right to repurpose Cat­TV’s content. Only when Cat­TV learned of this false assertion  did it take steps to rectify the raping of journalistic ethics.    Here is a screen­grab of Jeffrey Grimshaw’s petulance:    As a result, YouTube removed BNN’s plagiarized video.     But “Count” Jeffrey Grimshaw never told his audience that YouTube removed the video.        WE CONTINUE …    2, “Count” Jeffrey Grimshaw​ taught a college media class at Community College of Vermont  on Main Street in Downtown Bennington. On 10/15/15 he posted this on Facebook:

Well then, consider a plagiarism-free manner of composing your personal statements using samples that are on-line as benchmark.

Well then, consider a plagiarism-free way of writing your personal statements using online samples as reference.

Plagiarism is a crime that an author can easily commit if one is not cautious in rewording the meaning conveyed from the initial source.

The problem we are faced with, from this lack of ideology, is that it leads to plagiarism. 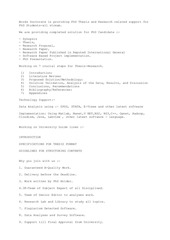 Plagiarism Detected Software. ... Our each work has plagiarism report;

Plagiarism free content:​ These websites hate plagiarism and so are dedicated to makes plagiarism-free assignments for their subscribers. 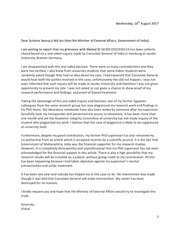 I believe that this case of plagiarism is likely to be suppressed at university level.