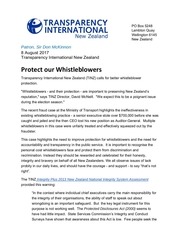 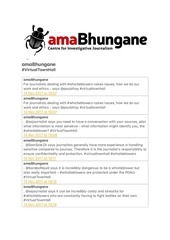 Are You a Whistleblower 93% 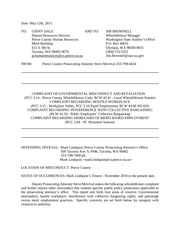 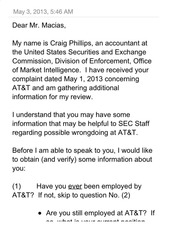 619-383-8101 June 16, 2013    To Whom It May Concern:    Due to circumstances of events, and the company (AT&amp;T) becoming aware of me being a whistleblower. I am  confirming that I am in fact a whistleblower to the Securities Exchange Commission and have contacted them  on May 1st 2013. I was assigned the following Reference Number: TCR1367441406628    I am also announcing that I did in fact right the first anonymous letter sent to the CEO’s of the company on 04/04/2013.  The letters were mailed from the post office in Point Loma with a zip code of 92110.  I am releasing this information in  order to validate my claim of retaliation. Furthermore, I do have a witness but at this time I will not disclose them unless  absolutely necessary.    OSHA’s Federal Whistleblower Program has determined that I have adequately  meet the prima facie elements  for a whistleblower retaliation complaint under Section 806 of the Sarbanes‐Oxley Act (SOX), 18 U.S.C. §1514A,  as amended by section 922 of the Dodd‐Frank Financial Reform and Consumer Protection Act. Your attention to  this matter is greatly appreciated. 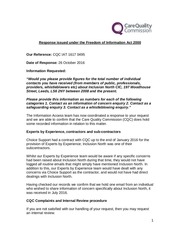 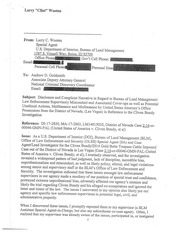 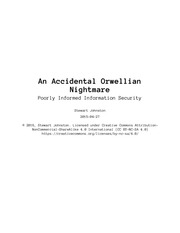 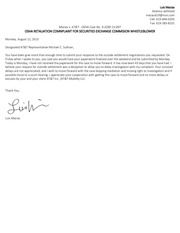 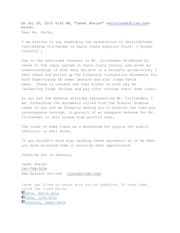 Parks, I am writing to you regarding the prosecution of whistleblower Cary-Andrew Crittenden in Santa Clara Superior Court. 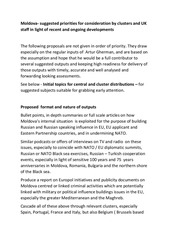 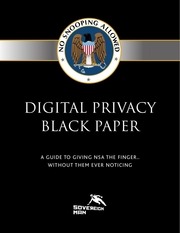 As William Binney, another NSA whistleblower and the agency’s former Technical Director, recently told me in the May 2013 edition of our premium service, Sovereign Man:

6 medicare fraud whistleblower What Specifically Does a Criminal Defense Attorney Do? 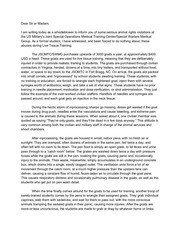 Untitleddocument Dear Sir or Madam,    I am writing today as a whistleblower to inform you of some serious animal rights violations at  the US Military’s Joint Special Operations Medical Training Center/Special Warfare Medical  Group. As a former student, I have witnessed, and been forced to do nothing about, these  abuses during Live Tissue Training.     The JSOMTC/SWMG purchases upwards of 3000 goats a year, at approximately $400  USD a head. These goats are used for live tissue training, meaning that they are deliberately  injured in order to provide realistic training to students. The goats are purchased through civilian  contractors in Virginia, herded, dozens at a time, into tiny trailers, and transported without food,  water, or space to lay down, to the JSOMTC in Fort Bragg, NC. On arrival, the goats are packed  into small corrals, and “inprocessed” by school students awaiting training. These students, with  no training or education, are forced to wrangle each frightened goat, inject them with several  syringes worth of antibiotics, weigh, and take a set of vital signs. These students have no prior  training in needle placement, medication and dose verification, or shot administration. They just  follow the example of the over­worked civilian staffers. Handfuls of needles and syringes are  passed around, and each goat gets an injection in the neck tissue.     During the hectic storm of inprocessing, sharps go missing, doses get wasted if the goat  moves during drug push, needles enter the vasculature and cause bleeding, and extreme pain  is caused to the animals during these sessions. When asked about it, one civilian member was  quoted as saying “They’re only goats, and they’ll be dead in a few days anyway.” This attitude is  very common among both the civilian and military staff in charge of the animal services and  shoot chambers.     After inprocessing, the goats are housed in small, indoor pens, with no fresh air or  sunlight. They are cramped, often dozens of animals in the same pen, fed twice a day, and  often left with no room to lie down. The pen floor is simply an open grate, to let feces and urine  pass through to a “catch room” below. The grates are washed down twice a day with pressure  hoses while the goats are still in the pen, soaking the goats, causing panic and, occasionally,  injury to the animals. Their waste, meanwhile, simply accumulates in an underground concrete  box, which drains into a single, easily clogged outlet. The ventilation units force a lot of air  movement through the catch room, at a much higher pressure than the upstairs fans can  deliver, causing a constant flow of humid, feces­laden air to circulate through the goat pens.  This causes respiratory distress and occasionally pulmonary disease in the goats, as well as the  students who get put on pen wash detail.     When the time finally comes around for the goats to be used for training, another troop of  barely­trained students comes by the pens to wrangle their assigned goats. They grab individual

Another whistleblower lawsuit alleges that most of the sufferers with fake implants could not be having wanted the surgery at all.

And I have become a whistleblower in a care home for the elderly of the Arbeiterwohlfahrt in Markt Schwaben in the year 2010. 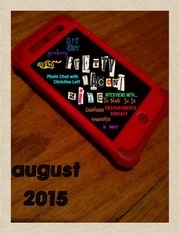 To think within everything he, Wikileaks founder Julian Assange and whistleblower Chelsea Manning were uncovering and shouting to the world (amongst so many brave others) was going to change our future forever.